Citizen of the World

To mark the 200th anniversary of the death of the great English radical Thomas Paine, Keystage was commissioned by The Thomas Paine Society to write and direct a community play.
The actors were recruited from the Thetford community and included people of all ages and abilities and several whole families. The big challenge was how to tell the story of such a broad, eventful life that also drew on political and philosophical writings. When show time drew near Mike was ill so the final product was a surprise to him. He loved what we had done with his script and wrote the following.
“… The cast were so alive and dynamic…a credit to Lesley’s inventive direction and drill… the sheer energy… superb focus from the kids, the magisterial presence of Phil as Tom…great comedic acting, Angela’s support, Keith, John…there wasn’t a weak link in the play.”
An unexpected bonus was that the dramatic life of Thetford was reborn in a new Society that continues to perform shows, pantos and historical walks to this day.

”“You mastered all the problems there must have been with working at a distance and over a long period behind a cheerful and unflappable face turned to the world, nurtured a cast of all ages and built a potential drama group for the future AND did full justice to Tom Paine and produced a show which balanced instruction and delight in classical measure and deeply satisfied its audience. Fun, Fun and Fun! Great job, magnificent show.”
Chair of the Tom Paine 200 Committee

“Thank you, more than you know.”

“Thanks for all your help and confidence boosting”

“Thank you, you’ve inspired a cast of thousands.” 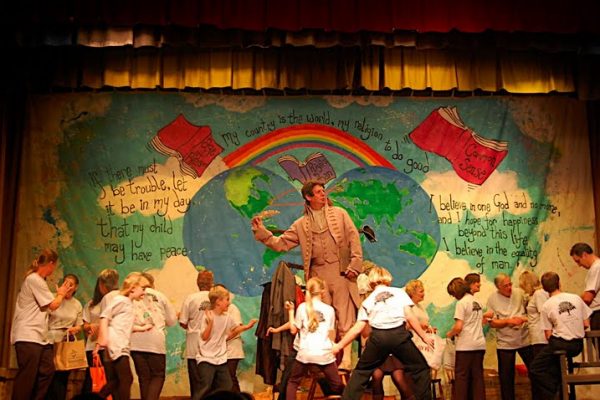 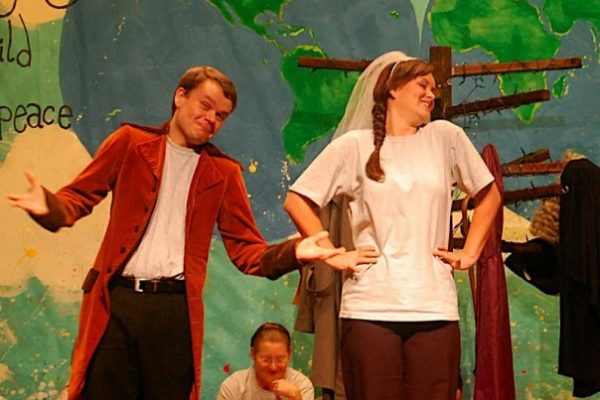 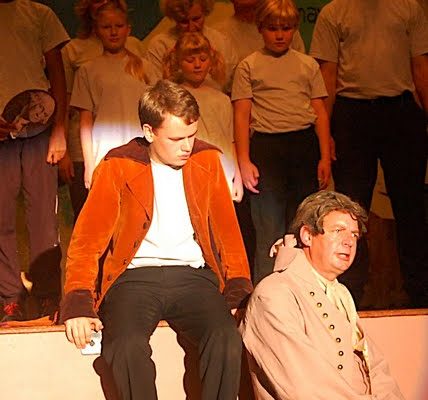 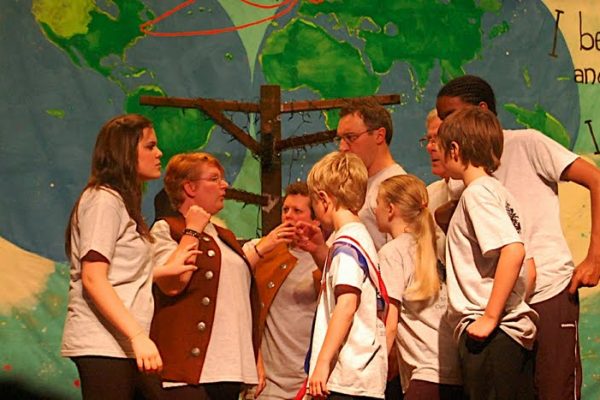 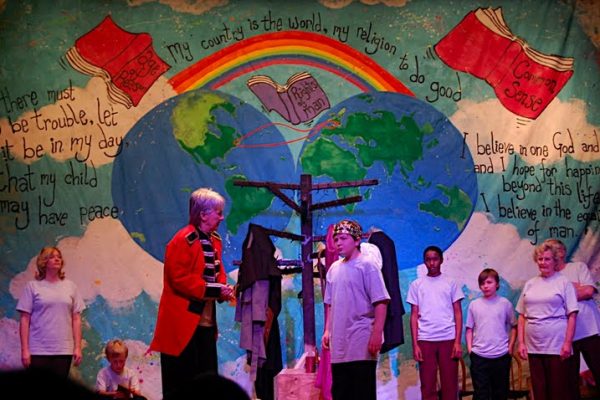 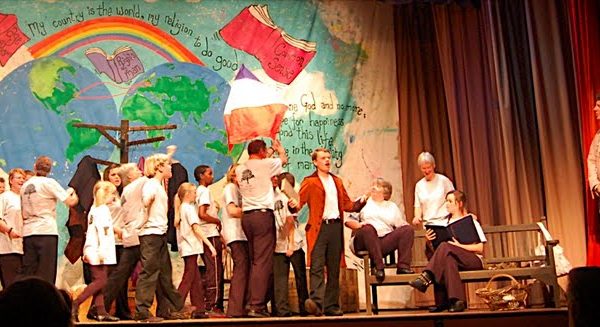